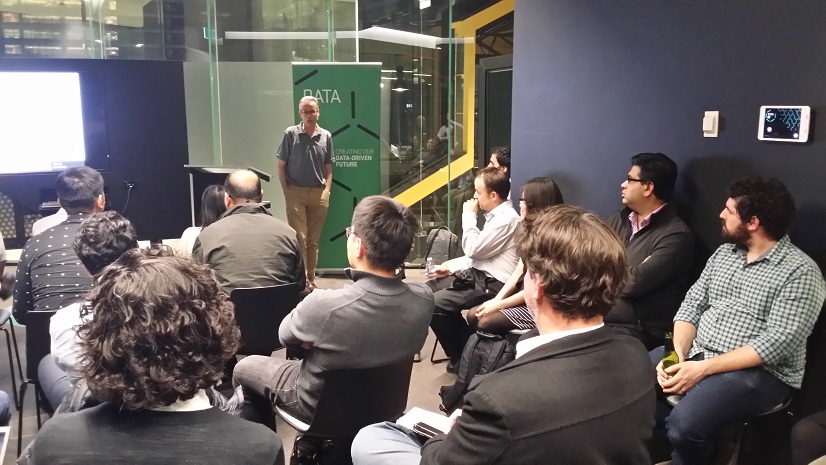 Details of Past ASOR Seminars 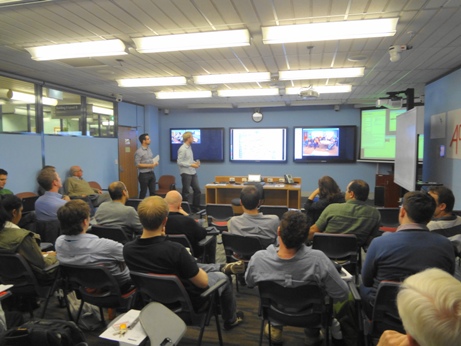 A retrospective of over two decades of Operations Research at CSIRO

Abstract: The Operations Research group at CSIRO was formed in the early 1990s and since then has been a significant part of the OR scene in Australia. With the departure of a number of key members of the group and the imminent merger between NICTA and the CSIRO, the OR group will cease to exist in its current form. This talk will look back over the past 20 years at some of the highlights of what has been achieved by the group. This includes discussion of how a small project for Australia Post inspired a stream of research into hub location problems; the development of rostering optimisation methods and the challenges of commercialising it; and the range of interesting OR problems in bulk material (mining) supply chains. The talk will also be used to comment on the developments in OR in Australia more widely and the likely trends into the future.

Abstract: CSIRO has previously developed a model of land-use trade-offs that considers the possible evolution of agricultural land areas in Australia over the next 40 years. This can be modelled as a large scale multi-stage linear programming problem. However, acquiring the expected outcome requires solving the large scale LP problem which takes more than one hour to solve for a single year. In this regard, we developed a combination of aggregation-disaggregation technique with the concept of column generation to solve the large scale LP problem originating from land use management in the Australian agricultural sector in a shorter amount of CPU time. In addition, increasing  demand for greener energy alternatives are putting more pressure on the use of agricultural land for not just food productions but also biofuels, carbon sequestration, biodiversity and other non-traditional uses. A key question is how this is going to impact not only the land use but also the agricultural supply chains that process the outputs of the land use. In this talk we also initiate the question of locations of processing centres and land use in an integrated optimisation model. Here we consider in addition the construction of some processing centres for bio-fuel, bio-energy, livestock facilities and so forth, which introduces a new combinatorial aspect to the model. The decisions of land use and the location of processing centres are interlinked as transport costs based on distances are often instrumental in determining the economic viability of some of the land uses and conversely economies of scale are necessary to justify investment in processing plants. We introduce a model containing both problems of a land allocation and a facility location simultaneously which results in a large scale mixed integer linear programming (MILP) problem and therefore is computationally difficult to solve, and we will cover some of the computational difficulties.

Biographical Info: Asef was awarded his PhD in 2009 on the topic of developing derivative free algorithms for non-smooth optimisation problems from the University of Ballarat. Immediately after his PhD, he was appointed as a research associate at the UniSA to conduct research on the optimal expansion of a power system. Since 2013 he has been employed by CSIRO to be involved in several industrial projects

To address the limitations of the traditional strategic performance measurement systems (SPMSs) in visualizing risk and preventing excessive managerial risk-taking, a number of research studies proposed to extend the functionality of SPMSs by incorporating risk information into traditional SPMSs, such as balanced scorecards. Thus, despite the growing calls of practitioners and researchers on combining performance and risk measures as part of an extended framework, there is a lack of uniform vision about what constitutes such a framework. The aim of this study is to investigate how the representation of risk-related information (characteristics of risk events and key risk indicators) in SPMSs influences the identification and processing of this information in managerial risky decision making. This study benefits from the use of eye-tracking methodology in a laboratory experiment, which allowed to acquire better understanding of the cognitive processes and the subsequent behavioural response associated with managerial risky decision-making when using SPMSs as a tool for decision support.

Dr Kristian Rotaru (PhD in Economics, PhD in Information Systems/Risk Management) works in the domains of risk modelling and decision making. He is a Member of the Editorial Review Board of the Journal of Operations Management. At Monash Business School, Kristian leads the Risk Analysis, Judgement and Decision-Making cross-disciplinary research team that focuses on integration of normative research informed by analytical and simulation modelling methods and descriptive research, informed by laboratory and field experiments. In his research he adopts a variety of research methods, including market data analysis, conceptual, analytical and simulation modelling and laboratory experiments (involving the use of eye-tracking and electroencephalography technology). Kristian lectures Business Analytics, Accounting Information Systems and Financial Modelling units.

Carleton gave us an entertaining and insightful presentation about solving the Optimal Power Flow (OPF) problem for AC electrical power networks. In OPF decisions are made about the amount of electricity generation undertaken at generation nodes in a network, so that demand is fulfilled at a series of demand nodes - subject to the non-linear and non-convex constraints relating to AC power flow in transmission networks. There are successive relaxations to the full problem: via semi-definite programming, conical programming, a transport model, and finally a "copper sheet" model without transmission line flow limits. On standard sets of test instances the strongest two relaxations displayed remarkable performance, i.e., finding optimal every time... but further investigation showed that these standard instances were in fact too easy to solve to global optimality, because the data was such that certain sets of constraints would never be active. This led to the development of better benchmark datasets which have proven far more interesting to solve and which are true tests of algorithms for Optimal Power Flow.